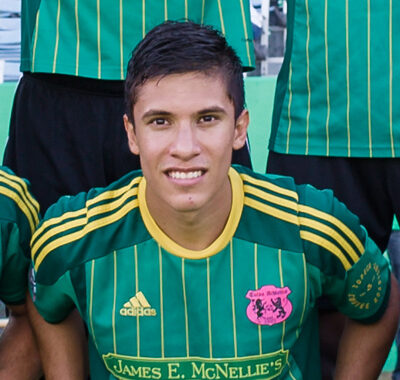 2021: Appeared in seven contests with two starts…Scored one goal on the season against OKC 1889 FC on May 16…Totaled 314 minutes

2019: Started two games and made 11 appearances…Scored three goals…Goals came against FC Wichita and a two goal game against Ozark FC.

2017: Appeared in all 12 contests with nine starts in the 2017 season…Opened the season fast with three goals in the first two matches, including a brace against Ozark FC in the home opener…For the season, registered 749 minutes…Finished with four goals in the 12 contests…Helped Tulsa Athletic advance to the Heartland Conference finals.

College: Played two seasons for NCAA Division I Oral Roberts…Started in 20 matches and registered nine goals and nine assists in his career…As a junior in 2016, named All-Summit League along with being selected once as the Summit League Player of the Week…Recorded six goals, including two goals against Eastern Illinois…Led the Summit League with eight assists…Scored the game-winning goal against Eastern Illinois…For the season, started in all 16 matches, playing 1,465 minutes…As a senior, made 14 starts and appeared in 15 contests…Tallied three goals and one assist for seven points.