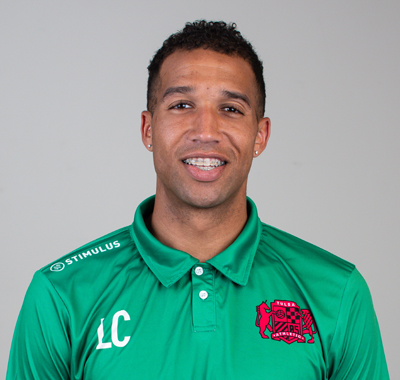 2018: Played in eight contests with one start…Scored two goals during the 2018 season.

2017: Made 10 starts and 11 appearances for Tulsa Athletic…Tallied three goals, including one game winner…For the season, played 675 minutes in the 11 contests.

Pro: Played professionally with the Charleston Battery from 2010-11…Made 27 appearances and scored two goals in his time with the Battery, helping the team win the United Soccer League Division 2 title in 2010…Played professional indoor soccer for the Tulsa Revolution.

College: Played at UMKC and Florida International in his collegiate career…Named all-conference second team by the Summit League and to the all-newcomer team at UMKC…Started all 19 matches and totaled 1,706 minutes…Finished with three goals and a team-high six assists, ranking second in the league…12 points were third most on the team…started his collegiate career with two seasons at Florida International…As a sophomore, appeared in 18 matches with 17 starts…Scored one goal…In his freshman campaign, named to the Conference USA All-Freshman Team…Tied for third on the team with four goals and nine points…Recorded a hat trick against Marshall and added an assist for seven points…For the season, appeared in 15 contests with two starts.

Prep: Finished his prep career with 72 goals and 40 assists at Booker T. Washington High School and at Broken Arrow High School…Finished at the Oklahoma state runner-up three times during his career, including twice at Broken Arrow…Named all-conference, all-district, all-state and Tulsa World Metro Player of the Year as a senior…Scored 21 goals and posted 15 assists as a senior…Named the top newcomer and all-district as a freshman…As a sophomore, selected all-district, all-conference and team MVP.