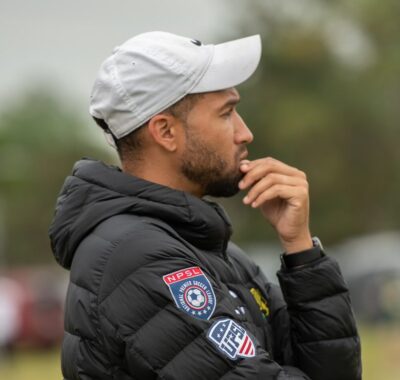 Coleman is in his second season as the head coach for the NPSL Tulsa Athletic side in 2022 after serving as an assistant coach for Tulsa for two seasons in the 2018 and 2019 seasons.

Coleman is a Tulsa Athletic legend as a player as he is the all-time leader in goals with 37, playing seven seasons with the club. As a player, he helped the club capture three conference championships and advance to two South Region Finals.

Coleman is a volunteer assistant coach for NCAA Division I Oral Roberts, joining the staff in 2019.  He is also the Boys Director for West Side Alliance Soccer Club. Coleman previously served as the head coach of Booker T. Washington HS for two seasons.  He was an assistant for Union HS for three seasons, helping the boys advance to the 6A State Championship one season.

Coleman played professionally with the Charleston Battery in the USL and won the 2010 USL Championship with the Battery.  He also played four seasons for the Kansas City Comets and Tulsa Revolution in the professional indoor game.