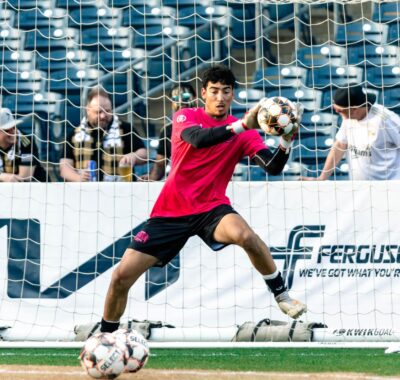 Bryson Reed returns to Tulsa Athletic for a fourth season after joining the club in 2018.

2021: Started in 12 contests in goal during the 2021 campaign…Totaled six shutouts, including one in the NPSL semifinal win over Baltimore FC…Logged 1134 minutes.

2019: Started 13 games…Recorded three shutouts… One was a 0-0 draw against FC Wichita…Other two were against Demize NPSL

2018: Started the final three matches of the year at goalkeeper…Played 270 minutes…Opened his campaign with a shutout in a 1-0 win at Ozark FC…Went 180 minutes before allowing his first goal of the season…For the season, allowed only three goals for a 1.00 goals against average.

College: Played at NCAA Division I University of Tulsa…Started in nine games during his senior season in 2019…Logged 849 minutes in goal as a senior…Picked up 34 saves and two shutouts…Selected as the American Athletic Conference Goalkeeper of the Week as a senior and TU’s Man of the Match once…During his 2018 collegiate season, started in goal in eight contests…Recorded a team-best 1.22 goals against average…Played 662 minutes in goal…Totaled 35 saves to finish at 80 percent for his save percentage…Registered two shutouts…In the American Athletic Conference, ranked second in save percentage, fifth in goals against average, sixth in shutouts and ninth in saves…Named TU’s “Man of the Match” against No. 4 Denver and No. 25 Missouri State…Started his collegiate career at Northern Oklahoma College, playing two seasons…As a sophomore, totaled 1,253 minutes in goal…Posted seven shutouts along with a 0.79 goals against average…Made 39 saves…Posted two assists as a sophomore…During his freshman campaign, totaled eight goals and four assists…In two seasons at NOC, advanced to the NJCAA Regional Championship and the NJCAA Regional semifinals.

Prep: Prepped at Stillwater High School…Helped SHS advance to the Oklahoma Class 6A state playoffs twice…Three-time all-conference selection…Earned all-district…Tallied 30 goals and 19 assists in his prep career, both school records at the time.