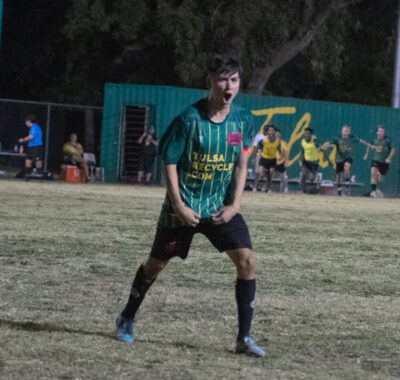 Joe Ruiz returns for his fourth season with Tulsa Athletic after playing with the club in 2018, 2019 and 2021.

2021: Started in 14 games and played a team-high 1,310 minutes…Totaled two goals both coming against Dallas City FC.

2019: Started all 14 games…Scored goals against Little Rock and Ozark FC

2018: In his first season for Tulsa Athletic, appeared in all 11 matches and started the final 10 contests in the midfield…Totaled one goal against FC Wichita early in the eight minute of the match…For the season, played 890 minutes in 11 contests.

College: Competed for NCAA Division I Oral Roberts after transferring from TU…In the fall of 2021, played the most minutes of any player with 1280 minutes…Started in all 14 contests as a defender…Completed his first three seasons at NCAA Division I University of Tulsa…As a junior, started in nine games and made 12 appearances…Started all 17 matches during his collegiate season in 2018…In the midfield, paced the Golden Hurricane with four goals and added one assist for nine points in the 2018 season…Posted two game-winning goals, including the game winner at No. 15 Michigan in a 2-1 victory for TU…Registered the game-winning tally in a win over rival Oral Roberts…In his freshman campaign, started in 13 contests and was named to the American Athletic Conference All-Rookie Team…Scored a goal against Denver…Tabbed as TU’s “Man of the Match” against UConn, Saint Louis and Cincinnati.