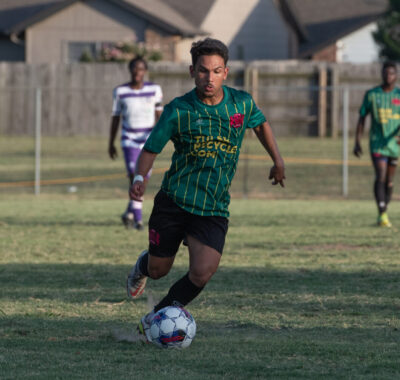 Riolan Mello is in his second season with Tulsa Athletic after playing with the club in 2021.

2021: Appeared in seven contests with two starts…Totaled 247 minutes during the 2021 campaign…Scored the game-winning goal against Southern States to lift Tulsa Athletic to a 2-1 win and the South Region championship.

College: Mello played the 2019 season with Oklahoma Baptist University…He led the team with 17 starts and made 18 appearances in his junior season with OBU…Played 1286 minutes to rank second on the team…Scored one goal…Before OBU, played two seasons at Central Nebraska CC…Appeared in 30 matches with with 20 starts for Central CC…Totaled two goals and five assists…Named First Team Academic All-Conference.